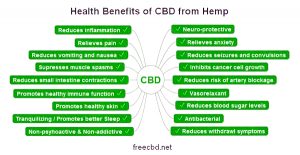 The Endocannabinoid System is a network of receptors known as CB1 (primarily in the brain) and CB2 (primarily in the immune system and peripheral tissue). These receptors are also scattered throughout many other tissues and organ systems including the heart, stomach, liver, pancreas, skin, reproductive tract, and more. This system’s interconnectedness with every bodily function makes it very unique; it is responsible for the regulation of a variety of biological processes such as relaxation, eating, sleeping, and cognitive function.

The overall function of the ECS is the regulation of homeostasis. Homeostasis is a characteristic of a system that regulates its internal environment and tends to maintain a stable, relatively constant condition of properties. This balance is something we all strive to maintain. If we provide our endocannabinoid system with the cannabinoids it needs, vital communications can be restored between the control centers of the body and every other system. Earliest evidence of the development of an ECS may be millions of years ago in a simple sea squirt, meaning it is present in all animals as well as humans.

Diseases of the dysfunction/deficiency of the Endocannabinoid System:

The extensive use of the cannabis plant (also known as hemp) dates back thousands of years. Not only have we utilized this plant for food and fiber, its cannabinoids (aka phytocannabinoids) have been of medicinal significance for its pain relieving and analgesic effects. The most dominant plant cannabinoids in cannabis include THC (tetrahydrocannabinol) and CBD.

The present manipulation of the cannabis plant to contain abnormally high levels of THC for recreational purposes has overshadowed the importance of other components such as CBD as well as THC itself. In controlled doses, THC has an effective phytocannabinoid that has neuro-protective, anti-inflammatory, anti-nausea effects, and works in tandem with CBD. There have been several varying THC:CBD and CBD medications developed for treating multiple sclerosis, cancer pain, and epilepsy.

Your body naturally makes its own cannabinoids that share a similar structure with plant-based cannabinoids like CBD. CBD has been shown to strengthen and improve the efficiency of mitochondria, the ‘powerhouses’ of your cells. Cannabinoids are also able to target damaged cells while sparing normal cells, which means the ECS can act as a biological defense system.

Certain phytocannabinoids bind directly to and activate the CB1 and CB2 receptors in the body while some, such as CBD, help to build up stores of our own cannabinoids by decreasing their breakdowns. In several studies, CBD alone has been shown to be very safe and well tolerated even at high doses and also exhibits anti-inflammatory, neuroprotective and antioxidant effects.

A U.S. Patent (6,630,507) was issued to the U.S. Department of Health and Human Services for “Cannabinoids as Antioxidants and Neuroprotectants,” which states that “cannabinoids are found to have particular application as neuroprotectants, for example in limiting neurological damage following ischemic insults, such as stroke and trauma, or in the treatment of neurodegenerative diseases such as Alzheimer’s disease, Parkinson’s disease and HIV dementia.” The patent also states that “cannabinoids are useful in the treatment and prophylaxis of a wide variety of oxidation associated diseases, such as ischemia, age related, inflammatory and autoimmune diseases.” Published studies on phytocannabinoids demonstrate powerful therapeutic effects as potential anti-cancer agents.

Pain represents a serious public health issue of enormous proportions. Medical models of pain management have failed to produce a reliable, effective, and safe treatment – especially for chronic pain. Opioid drugs (codeine, morphine, oxycodone, propoxyphene and tramadol) have been the only option for clinicians to treat pain. These options are problematic because they cause many physiological and psychological complications including dependance, tolerance issues, toxic side effects, respiratory and cardiovascular complications.

Our endocannabinoid system is intimately involved in addressing inflammatory conditions and in the prevention and treatment of inflammation-mediated pain. The perception of pain all begins when pain signals travel along nerve fibers (neurons) to the brain. Several areas of the brain that process pain respond very favorably to the analgesic effects of phytocannabinoids. There is evidence that both phytocannabinoids and the endogenous cannabinoids produced in the body exert influence on opioid receptors useful in pain modulation and functional role in pain management. CBD has been shown to be very good at calming over-excited nerves and may also contribute to pain modulation through an anti-inflammatory mechanism.

In animal and in-vitro studies, CBD and other cannabinoids promote apoptosis (enhances the death of the cancer cell) and starves cancer cells by influencing angiogenesis. Cannabinoids have also been found to increase the expression of the intercellular adhesion molecule 1 (iCAM-1) as part of the mechanism in fighting the invasiveness and spread of certain types of cancer cells. Cannabinoids both alone and in combination with each other possess anti-cancer properties as well as the ability to control nausea and improve appetite during chemotherapy.

Please stop into the shop and let us discuss with you the best CBD option for you! We would be more than happy to figure out exactly what you would work best for your body, mind, and spirit!