Recognizing the signs you’re on the right path

We are in a one-year period for moving forward, beginning new things, a whole new idea of who you are. Really get a hold of your truest self right now; use everything that the planets the Universe are giving to us. These are things that nobody can take away from us. It’s our personal power. 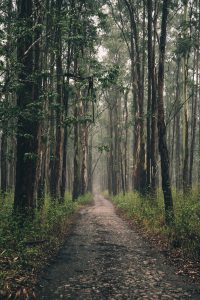 Right now, it’s time to make sure you’re on target, and there are so many signs. A lot of us aren’t aware of it, but everybody gets signs. It’s so important to take the time, when something happens, to see if it’s a sign.

I’ll give you an example. Seventeen years ago, I was at my chiropractor’s office getting an adjustment, and there was a woman there who came in once a year to do jin shin jyutsu (named Deb Goger). I happened to be there so Laura asked me if I’d like to try it. Well, I try just about anything once, so I said “yes”… and I had a miraculous kind of healing happen. The jin shin jyutsu made me aware of a heavy fear that I was carrying around and, when I went out to my car that day, it was gone. It just so happened that the following week, there was a 5-day intensive training in jin shin jyutsu in Willow Grove. I knew that this was timed just right. I had been doing reiki for a long time, and I love reiki, but I knew there was something more than that. I took the training, which thrust me into 18 years of learning.

Being aware of what’s happening around you is so important. What are you thinking, and then what happens that day? Don’t you see how quickly energy is moving? We have to catch up with it. We meet people in the supermarket who might just say something that inspires us at the right moment to give us inspiration, give us an idea, something we were thinking that morning.

When I came in today, I pulled in at 11:11 and said I’ve been seeing a lot of 11’s lately and Giuseppe said, “So have I!” The three of us, in the same time period, saw the same thing and thought the same thing – the synchronicities.

Everybody’s always like, “Oh what a coincidence!” This word, which means, “corresponding incidences,” was used by scientists to take away the energy of synchronicity, of two things happening at exactly the same time because they are supposed to. Synchronicities are actually one of the biggest signs we have, to let us know that we are aligned with what was planned. They are the Universe letting you know that you are on your path.

My friend said to me today, he never realized how true it is that people come into your life for a reason. Some of them stay or some move on. The people and the situations that feel good and are easily flowing, clearly they are on your path.

But if there is a lot of turmoil and stress and resistance connected to it, you know you’re not on your path. Then what do you do? Redirect what you’re doing. Be aware of how it happened, why it happened, take responsibility, and realign your desires. Check in to see what doesn’t feel right and hone in on that. See if there’s another way of going about things in a more effortless way. When you’re aligned, everything falls into place. It should flow, not keep bringing up obstacles. Sometimes, the obstacles are on the course and they are part of the learning. You have to realize and decide.

Here’s the thing: When you become passionate about what you’re doing on your path, you feel it, others feel it, and you get to be an inspiration. I don’t think there’s any greater feeling than to know that you inspired somebody else. Shed all the naysayers, do what you want to do, and you’ll feel so wonderful doing it!

We’re so happy you joined us today. People are really coming together for the greater good of everyone, being supportive, getting involved in things you’ve never been involved with before. Make your reality what you want it to be. Stay in that space. Live a life where you come from Love. Where you’re all about serving others. Let people know there is more out there than what they’ve been taught and believed until now. … Because this is the year when everyone’s dreams can happen! Do a meditation, close your eyes, and ask for divine guidance. I’m telling you stuff has been happening so, so quickly.